Business in Bone Broth is heating up, so how can we take advantage of it? 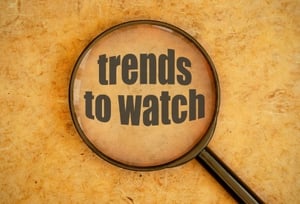 In big cities all over the world, the bone broth trend is accelerating, and it will only grow further this year.

The consumer is setting its direction: in hectic modern life, there is seldom time to simmer authentic broth at home, but customers desire this. It’s great to see that the food, restaurant, and retail sectors worldwide have considered these needs and enabled tasty and nutritious broth to reach consumers’ lips more easily.

The markets for Bone Broth are enormous 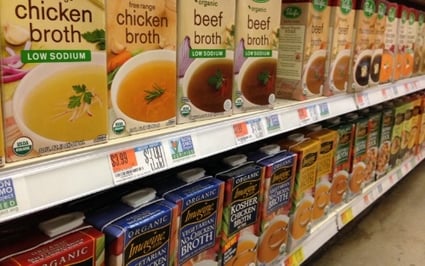 For an example of the market volume, let’s look at an estimate from my home country, Finland, which can be regarded as a relatively minor market relative to the European market generally. Including single-parent households, there are 1.5 million families there. If each of these households were to buy one litre of ready-to-use bone broth weekly from a retail store, the annual bone-broth sales volume would be a staggering 78 million litres!

That’s what I call serious business! I’ve picked a few good examples and tips on the Web for business in authentic bone broth:

1. A new production line and more business for slaughterhouses, meat and fish processing plants and the convenience food sector

Belcampo is a farm and meat-processing plant in northern California. The company has started to produce and sell bone broth at its five butcher shops and restaurants (as a side dish). Customers can order larger quantities of frozen broth from the company's online shop. That provides excellent service for consumer and food-service-industry customers!

2. Establishment of a Bone Broth Plant

American companies Bare Bones and Pacific Foods produce genuine organic broth and stock for the US market. Bare Bones began operation in November 2013 and increased its monthly sales from less than $1,000 to $20,000 in less than a year.

Entering the broth‑product market at the right time and engaging in e-commerce form the cornerstones for the success of both companies: Pacific Food expanded its organic food and beverage portfolio by launching organic bone broths in 2013.

Restaurateur Marco Canora is one of the first bone-broth boosters in America. He opened New York's first takeaway broth kiosk, Brodo, next to his restaurant Heart. 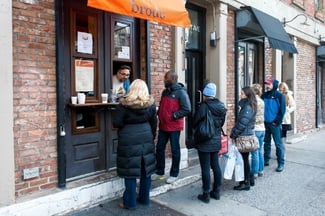 From the takeout window he sells broth beverages in paper cups. One can choose from among additions that boost both flavour and nutrition, such as fermented-beet kvass, spicy Calabrian chili oil, and fresh grated turmeric. The broths are served in small, medium-sized, and large cups. Canora claims to sell over 200 cups a day at a price of $4–9. Takeaway broth kiosks are rapidly becoming more common not only in New York.

Canora markets his broth not as soup but as a hot beverage to drink at any time of day. On Brodo’s Web site he advises people to consider and rethink their habit of morning and afternoon caffeine.

Would you like to replace your morning coffee with a nutritious bone drink?

The commercial bone broth trend has also spread to at least the hospitality sector in Australia and England. Is Europe ready?

Bone broth produced with the Coctio Broth method is culinary, ecologically, and contains no additives. It offers a highly productive method for broth-product market entry globally.